Location and Highways is one of the best characteristics of Wagoner County. Wagoner County's remarkable geography and highway system provide convenient access to many markets and is served by 16 common carriers. 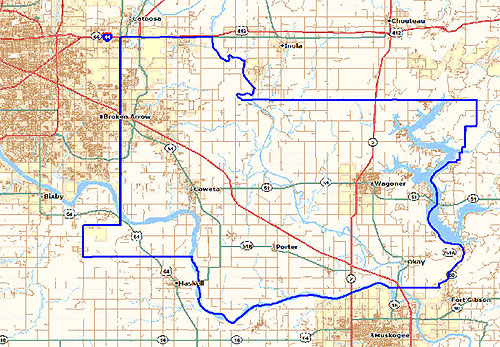 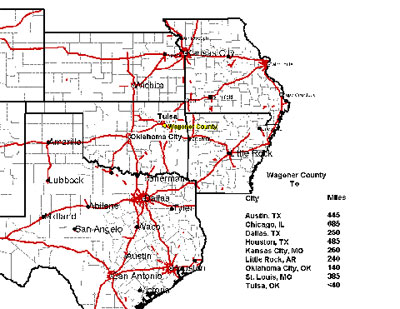 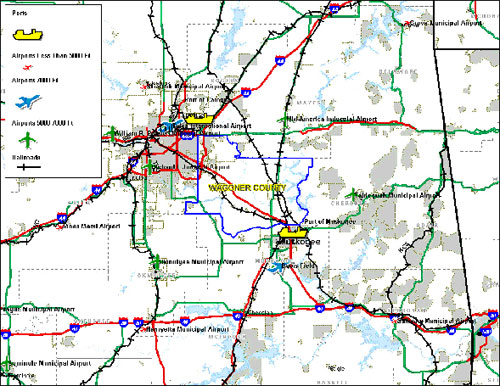 Companies have access to water transportation and shipping by barge through the Johnston's Port 33, the Port of Duncan, Tulsa Port of Catoosa and the Port of Muskogee via the McClellan-Kerr navigation system on the Arkansas River to the Mississippi River to the Gulf of Mexico.

Oakley's Port 33 is located in Northern Wagoner County near US Highway 412.

This vital facility is also highly capable and experienced in accommodating the customers' particular service requirements from scheduling to operational methods. 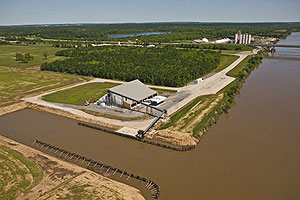 Port of Dunkin is located along Highway 51 and the McClellan-Kerr Navigation Channel, between Wagoner and Coweta.

Port of Muskogee is located south of Wagoner County. The Port of Muskogee is a full-service facility that offers easy access to rail, truck, and barge transportation. Its inland location along the McClellan-Kerr Navigational system allows freight to be transported to the Gulf Coast and around the world via the Arkansas and Mississippi Rivers.

The Muskogee Port Authority offers prime industrial sites at the Port of Muskogee.

The McClellan-Kerr Arkansas River Navigation System, completed in 1971, has transformed 445 miles of river into a major economic asset for both Arkansas and Oklahoma.

McClellan-Kerr Arkansas River Navigation System has 17 locks and dams and many major port operations located along the waterway system.

The McClellan-Kerr system carries 12 million tons of commodities a year and has created 50,000 jobs along its route. The waterway has stimulated $3 billion in private investment since its opening. The transportation facilities of the system have broadened the market for many commodities, such as wood, iron ore, sand, gravel, food and farm products and chemicals.

There are over 65 industries on the Oklahoma segment of the McClellan-Kerr Arkansas River Navigation System. The segment between Catoosa and Muskogee provides direct employment for over 4,000 people and an annual payroll of more than $85 million. Indirect employment accounts for another 6,000 jobs and a payroll of $90 million.