Many of the initiatives created during the past decade were continued into the next ten years, tweaking and expanding, and retrofitting them to keep pace with the growth of the county.  Condemnation proceedings continued to make way for the McClellan-Kerr Navigation system as well as street improvements to provide access to the Locks.  Soon to become a major street in Wagoner County, the State made improvements on 71st Street from County Line to Lock and Dam No. 18 on the Verdigris River  as part of this project.  Membership in the Cogs continued to be an item of debate.  Wagoner County preferred membership in EODD and paid membership dues to that entity but did agree to participate with INCOG as a non-paying member.  Two new Water Districts were organized:  Rural Water #8 and Rural Water #9.  One new rural fire department was formed.  Whitehorn Rural Fire District was declared organized on June 13, 1977. 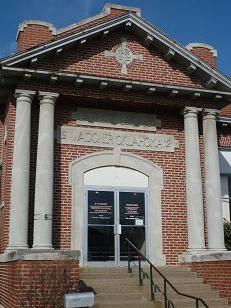 World events continued their impact at the County level.  In response to the crises in Berlin, Germany and Cuba, President Kennedy called for a Fall-Out Shelter Program.  The Commissioners passed a resolution calling for shelters in new public structures located within Wagoner County in cooperation with President Kennedy’s plan. In addition, Civil Defense was given the charge to identify structures that could be used as Fall-Out Shelters and to publish a Community Shelter Plan.  The flood of September 4-6 of 1971 and the late freeze in March 20-22 of 1974 resulted in major disaster declarations in Wagoner County.  Because of the increased activities through the Civil Defense organization, entities in Wagoner County decided to join forces under one Civil Defense structure.  In 1975, the Commissioners adopted a joint Civil Defense agreement between the County, Porter, Coweta, Okay, Lake Crest and Rolling Hills to consolidate services.

Financial help became available to the counties in various forms from the federal government.  The revenue sharing program started in 1972.  Through this program, Congress gave an annual share of the federal tax revenue to the states and their cities and counties.  The Commissioners could distribute the money for County expenses at their discretion. Most of the time the Commissioners allocated the money to highway projects, but the other elected officials and entities in Wagoner County were allowed to put in requests for a portion of the monies.  Another source of revenue was the highway money which came from the state.  There was always discussion regarding how this money should be allocated; however, it was usually split on an equal basis among the three districts.

Financial management and information management protocols were implemented during this time.  In 1975 the Commissioners adopted the purchase order system recommended by the State to account for expenditures.  The Open Meeting Law was passed by the Legislature to ensure that the public had opportunity to participate in Commission meetings regarding items that affected them, particularly the expenditure of tax dollars.  The County was prospering as the annual budget had increased from $150,840.54 in 1961 to $429,997.24 in 1976, a 55% increase.

Another way the federal government contributed to the economy was through federal financial incentives for employment opportunities.  The Comprehensive Employment and Training Act was passed in 1973.  Its purpose was to provide work to those with low income and the unemployed in public agencies or private not for profit organizations.  The intent was to teach marketable skills to this population.  Wagoner County took advantage of this program to add additional workers to the County work force.  In 1977, however, the County could no longer receive CETA funds because Wagoner’s unemployment rate (4.4%) was below that of the required rate (6.5%).

New issues coming before the Board ranged from how to control the trash to beautification of the Courthouse lawn.  The Board appointed a committee to study the trash control problem.  As a result of the committee’s recommendations, the Board applied for a solid waste permit and procured a grant for storm drainage, flood control and solid waste improvements.  They were going to build a land fill for trash control and lease it to a for profit entity to operate.   However, they were not able to do so because the government had donated the land to the County and it could not be used for private purposes.

Planning and Zoning issues were still prevalent.  An Oklahoma Natural Gas representative along with the postmaster from Broken Arrow met with the Board about naming streets and numbering houses in East Broken Arrow and around Coweta.  However, the year before, the members of the Evans Friendly Neighbors Club met with the Board regarding naming the streets in District One.  Their suggestions were accepted: S. 225th East Avenue became Evans Road; S. 241st E. Avenue become Oneta Road; S. 257 E. Avenue become Midway Road; S. 273 E. Avenue became Oak Grove Road; and S. 305th E. Avenue became Sunnyside Road.  S. 209 E. Avenue and S. 289th E Avenue remained the same.  The officials indicated that Wagoner County did not have a planning commission to handle such issues.  The Board discussed organization of a Planning and Zoning Board but took no action.  There is no reference to the Wagoner County Lake Area Planning and Zoning Commission created in 1966.

Accepting roads in subdivisions for county maintenance was also an issue.  Nick Robson and George W. Easley presented a pattern resolution for the Board to consider regarding road standards.  The Board developed a set of guidelines which they adopted in 1973 and revised in 1974 outlining the criteria for acceptance of subdivision roads into the county for maintenance.  Many subdivision roads were accepted into the county inventory during this time.

There were many requests the Board did not act on.  For example, citizens came to the Board to request approval for an election in Wagoner County for an area vocational school.  The Board voted unanimously against calling the election.  Another request was for the Board to create a County Airport Authority and for Tulsa and Wagoner Counties to work together on this matter.  Other requests were for a county hospital, the creation of a Wagoner Housing Authority, a multi-county library district, and the formation of a fifteen member County Development Council.  These were opportunities not taken for whatever reason during this decade.

There were some requests the Board wanted to ignore, like the findings of the Commissioner of Charities and Corrections regarding the County Jail.  They couldn’t ignore the findings for very long, however, because the Commissioner returned and shut down the jail in 1973 as a “health hazard and not a fit place for confinement of county prisoners.”  Ultimately, there was a grand jury report on the jail and the Commissioners finally approved expenditures to bring the jail up to standards.  The Jail Inspector was back in 1977 requesting that the mattresses in the jail be replaced with fire proof ones.  This requirement was the result of a fire in the Maury County, Tennessee jail which resulted in the deaths of 42 persons, mostly from smoke inhalation.  The fire was fueled by the use of flammable bedding in the jail.

Playing politics became more evident during this time.  In 1971 the Board took action to reduce the salary of the election board clerk because he “was not loyal to the Democrat Party in the 1970 general election.”  When questioned by a citizen as to why a deputy’s bond was not approved, the Commissioner responded:  “Mr. Dotson worked openly against him in his election and he believed in the spoils system.”  And when asked why the roads in Camino Villa were fixed:  “because the people supported him there.”  Favoritism was openly admitted and practiced.  In 1974, there was a lawsuit over the denial of payment of a claim for asphalt purchased by two of the Commissioners.  The District Attorney ruled that the claim was in excess of available funds and in violation of the law.  As a result, the claim was the personal liability of two of the Commissioners.  Soon after this finding, two new Commissioners were present on the Board in place of the two violators one of whom made the earlier comments.