Centennial Report: Wagoner County Board of Commissioners
November 16, 1907 through 1917

The first Commissioners of the newly formed state of Oklahoma, County of Wagoner, were sworn into office at 2:00 PM on November 16, 1907.   They were District 1 Commissioner, A.L. Hausam, District 2 Commissioner, O.E. Walker, and District 3 Commissioner P.B.J. Hudson.  J. D. Hildt was sworn in as County Clerk; Luther Oprey as Sheriff; O. U. Halderman as County Attorney, J. I. White as Treasurer,  J. W. Ruble as Register of Deeds; and B. V. Leonard as Justice of the Peace. 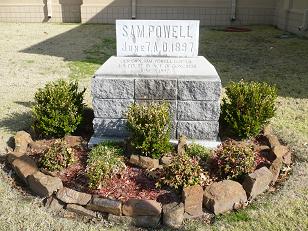 The first officers wasted no time tending to the business of the County.  They selected a newspaper for publishing county commissioner proceedings from a variety of publications:  the Wagoner Record, Wagoner Sayings, the Coweta Times and the Coweta Courier.  Unlike today, these newspapers could bid the publication at a price below the legal rate.  And it appears that the Commissioners were not bound by the low bid, as the Coweta Courier, the high bid at 45 cents per square, was chosen as the newspaper to be used by the County.

They rented the building at the corner of Cherokee and Casaver in Wagoner to be used as County Courthouse pending Wagoner being established as the County Seat and arranged for plumbing for both “lighting and heating” purposes.  Once set, they began dealing with public safety, public health, and public welfare issues.  They wrestled with the location for the jail and the costs of building one.  They approved licenses for operating ferries across the Grand, Arkansas and Verdigris Rivers.  They ordered and decreed that all practicing physicians be allowed 10 cents for reporting each birth, death, and case of contagious or infectious disease to the County.   They designated area banks in Porter, Coweta, and Wagoner as official county depositories.  They designated township names as follows:  Township No. 1, Stone Bluff; Township No. 2, Adams Creek; Township No. 3, Coweta; Township No. 4, Creek; Township No. 5, Blue Mound; Township No. 6, Wagoner; Township No. 7, Tullahassee; Township No. 8, Gatesville; Township No. 9, Porter; Township No. 10, Puckett.  And of course, a prime item of business was establishing roads and bridges throughout the County.

The State of Oklahoma provided $30,000 for expense bonds to pay for expenses of the new County.  $10,000 of the money was for Roads and Bridges which the Commissioners divided equally among the districts.  The Commissioners toured the County for the purpose of locating steel and concrete bridges and purchased mules and horses to be distributed evenly in each Commissioners’ District to work on the roads.  They notified all the railroads in Wagoner County “to open up and maintain a safe and sufficient road crossing where all section and township lines cross the main track and sidings.”  The Commissioners stated their vision for the building of county roads:  “It is the intention of this board to construct, so far as means will permit, continuous state roads leading from town to town and that such work shall be permanent as to the bridges and culverts and as to the roads so far as it is possible to construct permanent earth roads.”  Seeking cost effective ways to do so, in 1916 the County contracted with the State to use 30 convicts and 7 teams of animals to work on the state highways within Wagoner County. The Commissioners also worked with neighboring Muskogee County Commissioners to jointly fund a bridge across the Arkansas River.  To further improve the infrastructure, they allowed the oil and gas industry to construct a system of pipe lines, and telephone, and telegraph lines along the public highways of Wagoner County.  By 1917, the total budget for the County increased to $143,433.21 and the State established a fund of $1,000,000 to aid in road construction in each county.

The early Boards of Commissioners had many responsibilities now delegated elsewhere.  For example, the Board established the rate of assessment for properties in Wagoner County including such personal property as horses, and mules, and heard tax protests determining erroneous assessments.  They were responsible for adding persons to the pauper roles at $10 per month.  They were responsible for appointing a member to the County Commission of Insanity.  They authorized the building of schools and managed the schools budgets.   They oversaw the financial management of the Township officers.

Wagoner County did not escape grand juries and corruption charges  during the first ten years of County government.  In 1911, the County School Superintendent presented charges of willful maladministration of office of school board members for eight of the districts for buying library and book cases at “grossly excessive cost” and beyond their authority.  Then, in 1913, many county officers were removed for inappropriate conduct.  The County Janitor was dismissed for incompetence and neglect of duty.  Suit was brought to remove Harrie Blake, Clerk of the District Court, for failing to produce an account of all public funds and property in his office to the State Examiner and Inspector.  Suit was also brought against Edward Gallaher, County Attorney for the return of $240 and securities taken by him when he exited his office.  R. W. Thomas was removed as the Clerk of the County Court.  C. F. Castle, County Attorney was removed for receiving a bribe of $50 to dismiss charges and for failure to prosecute cases.  James. E. Long, the Sheriff was removed for retaining $1012.14 of fees due the County, for failure to make returns on tax warrants, for keeping the money collected on tax warrants, and for failure to make monthly reports.  A grand jury recommended suspension of the County Clerk, McElroy who was found guilty of corruption in office.  Suit was also brought against several ex-Commissioners for the return of monies to the County.  Most of these actions were settled in 1916 with payment by the bond companies and settlement with the officers involved.

During the first ten years, the primary focus of the Commissioners was laying out a plan for roads and bridges that would serve the citizens of the county.  They seemed to operate even handedly among the Districts—share and share alike.  They wanted the County’s money to be allocated as evenly as possible among all the County banks and they worked as a team for the welfare of the County as a whole.  When Oscar E. Walker, one of the County’s first Commissioners, died, the Board stated that Walker’s decisions were based on “what is best for all the people” and that he “voted in accordance with that interest.”  That seems to be an accurate statement for this era in Wagoner County history.